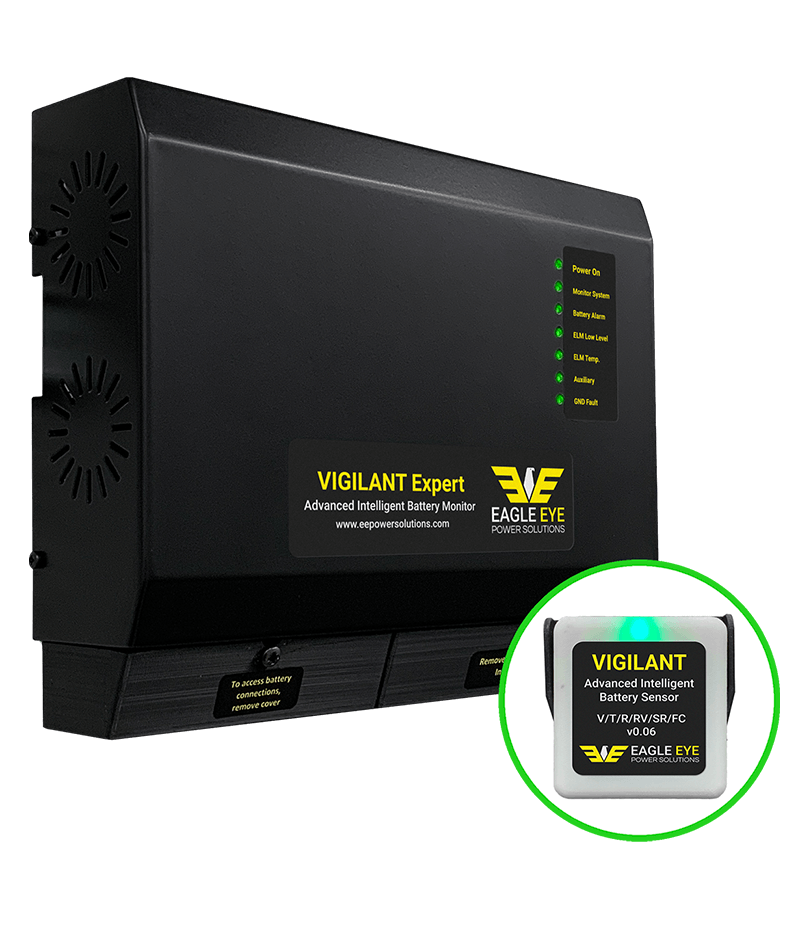 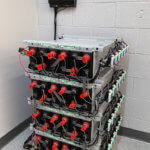 Check out our library of battery monitoring support videos.

Vigilant is a distributed battery management system, does it have any parasitic effect on the cells?
No. Although each sensor in the Vigilant system is connected to the terminals of a cell, unlike other distributed sensor systems the power for the sensors is supplied from the system manager. No power for the sensors comes from the cells. The only power drawn from the cell is a momentary test current, once a day.

How does the Vigilant system test for cell and strap resistance? Is it safe for the cell? Is the discharging of the cell during the test significant?
Each sensor draws a high test current for a very short time from each cell, this results in a very small momentary change in the terminal voltage. The waveshape and parameters of the change in the terminal voltage are analysed, and from this the Vigilant machine learning algorithms can determine not only the cell and strap resistance, but also the state of health of the cell.
The sensors analyse the cell energy and automatically optimise the test current to maintain a safe level of test. The actual energy drawn from the cell during the test is insignificant to the battery and is not detrimental to the cell in any way.

I don’t have any mains power available in the battery room, can the Vigilant be powered from the battery DC, or do I have to make other arrangements?
Three models of Vigilant system monitor/manager are available, which can be supplied by batteries ranging from 48volts (24 volts by special request) up to 600volts DC. Also, if preferred, any Vigilant system can be powered from a standard mains power supply at 24VDC.

Do I need long runs of cable in wiring looms to install the Vigilant system?
No, one of the advantages of a distributed system is that long runs of multiple cables (wiring looms) are not required. A significant disadvantage of long cable runs is that they act as aerials for system noise. The first distributed battery monitoring system was designed in 1997 by Vigilant company personnel, and the advantages of modern distributed BM systems mean that they have since become the ‘go to’ system of choice. Pre-terminated serial cable is simple, low noise, inexpensive and quick to install, and links the sensor modules to the monitor/manager. Connection in a loop system means that even if the cable is cut, all the sensor modules will still operate correctly.

Does the Vigilant system require to be connected to a computer, a network or the internet in order to function?
No, the Vigilant BMS is designed to be an autonomous system and does not require any external connections in order to function. It will scan, store and interpret data for the life of the system, even if never connected to any computer or network. Of course, a computer can be connected directly for viewing the data in a web browser if needed. And if required, the two volt-free relay contacts can be used as its only connection to any external system.